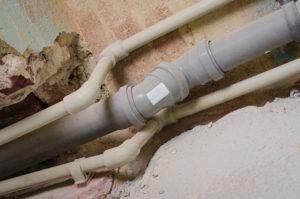 Although many home plumbing pipe systems are designed to last for as long as 100 years, there are things that can happen that will cause you to have to replace your piping sooner rather than later. From lime scale build-up and tree roots to blockages and general corrosion, these factors can force you to replace your pipes if you don’t catch them in time. Some problems may get so out of control that they require the services of an emergency plumber. So, before that happens, you should at least ensure that you are aware of the things that could happen and that may require a pipe replacement.

Blockages are a common problem in plumbing systems. They can be caused by a bevy of substances including grease, oils, fats, debris and food, among other things. When the rate at which water flows through your drains seem to be slow, you may well have some sort of blockage in your piping system. When it comes to plumbing, Saskatoon homeowners are often quick to brush off a blocked drain, but there could be a much more serious problem that’s causing the blocked drain. It’s always a good idea to call a plumber to check it out.

Most homes are built using copper pipes because they can withstand rusting, unlike other forms of metal like steel. At the same time, copper is still vulnerable to corrosion, namely stemming from formaldehyde in the air and chlorine particles. Formaldehyde and chlorine particles tend to create minute tunnels in the pipe, which weakens the structure causing leaks and more serious ruptures.

Tree roots are common cause for pipe replacement, especially if you have two pipelines running from your home, as tree roots will seek sources of water. Should you have trees in your yard, you most likely will have them growing into your piping system, at some point. If caught early enough, you can usually just cut these root systems out of the piping. However, it may be best to just have any trees or plants that could cause plumbing issues removed from your yard.

Hard water traveling through your home’s piping forms lime scale. This hard water possesses a significantly higher mineral concentration. These minerals tend to be deposited gradually throughout the walls of your pipes making it harder for water to flow through your system. Comparable to handling tree roots, lime scale can be removed when found in the early stages of build-up.

To avoid having to do a major pipe replacement in your home, take note of today’s post and check for these potential problems regularly. Remember, if you can catch and resolve these issues, whether it be lime scale or general corrosion, sooner rather than later, you’ll save yourself a great deal of time and money in the long run.

When it comes to plumbing, Saskatoon homeowners can count on Gibbon Heating and Air Conditioning to help them maintain a fully-functioning plumbing system. Call us to learn more: (306) 343-9576.